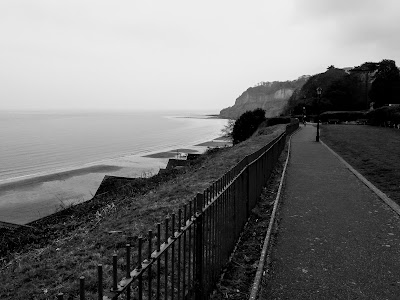 Divine action is not something material: it is invisible, inaudible, unexpected, unimaginable, and inexplicable by any analogy taken from this world. Its advent and its working within us are a mystery… Little by little, divine action grants to man increased attention and contrition of the heart in prayer…

The spirit of prayer comes upon man and drives him into the depths of the heart, as if he were taken by the hand and forcibly led from one room to another. The soul is taken captive by an invading force, and is willingly kept within, as long as this overwhelming power of prayer still holds sway over it.

Theophan the Recluse, quoted in The Art of Prayer: An Orthodox Anthology, ed. Timothy Ware & Chariton of Valamo


Palm Sunday has a way of reminding us that we are all capable of both more good and less good than we had thought. The crowd who welcomed Jesus on the way into Jerusalem, the disciples who vowed to lay down their lives for their Lord, were the same people who later allowed themselves to be whipped up into demanding the release of a terrorist called Barabbas rather than Jesus; the same disciples who ran from the arresting officers; the same Peter who, having earlier sworn to die with him. swore he knew nothing of Jesus. We are no different; and yet there is a grace we do not suspect, working beneath all that we do, if we are open to the gift of the Spirit in us.


I admit that the Word has also come to me and has done so many times. But although he has come to me, I have never been conscious of the moment of his coming. I perceived his presence, I remembered afterwards that he had been with me; sometimes I had a presentiment that he would come, but I was never conscious of his coming or his going…

We are not in the Jerusalem of the first century: we are in a strange, liminal place, all of us, and have been for a long while – since the first Easter. We do not know, any more than Bernard of Clairvaux knew, how exactly it is that the Spirit comes to be present in us, and yet

We find ourselves walking through the world unarmed, vulnerable, available; with the prayer of Jesus himself in our hearts always, the Spirit interceding for us with sighs too deep for words. Being present to all we encounter as prayer, rather than needing consciously to say prayers, we are present as aerials, signs, receiving stations. The mist covers the distances, and our vision is not good; but Paul knew this, too:


For now we see in a mirror, dimly, but then we will see face to face. Now I know only in part; then I will know fully, even as I have been fully known. And now faith, hope, and love abide, these three; and the greatest of these is love.